Other Communities in Sanpete 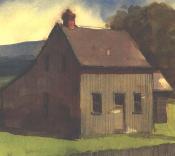 Indianola, Utah
Lying at the northeast edge of Thistle Valley, Indianola was organized as a ward and named by Apostle Erastus Snow in 1880. Then it numbered over 100 members-half Indians, half Whites. North Sanpeters had herded livestock in the valley and even homesteaded there before Brigham Young decided to set up a model Indian farm for Utes not already removed to the Unitah Basin. Eventually the church had to pay $12,000 to induce pioneers to vacate the valley.
Eventually, most of the Utes moved away, died, or simply failed to multiply, so some of the sellers eventually returned to the valley. Most of them lived on their farms rather than locate close to the brick meetinghouse (now a granary) built on the town site. 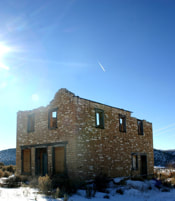 Milburn, Utah
Milburn occupies a picturesque cove barely visible from the US 89 scenic overlook near Hilltop. Platted in 1886 on a rocky slope watered by Dry Creek, it was organized as a ward in 1896. The fair number of sawmills already built in canyons above it sparked the choice of name. Families began homesteading this herd ground of Fairview as early as 1876, so a majority of Milburner’s never lived in the town itself- loosely clustered around a school, church and stone store/dance hall whose walls still stand.
When Dry Creek turned wet and wiped out the town in 1903, the population spread out even more. Eventually so many moved away that the church dissolved the ward and transferred the last 33 members to Fairview in 1961. Photo of the Milburn Mercantile Building taken by Pat Johnson. 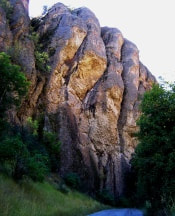 Freedom, Utah
Freedom was settled in 1875 under the name of Draper, which was the name of the families who settled there. The settlement was located along Current Creek four miles north of Wales. In 1877 the Draper’s and other families formed a ward which was renamed Freedom and lasted until 1881. The arrival of the Martin Van Buren Taylor family eventually required the creation of a new ward in 1897 which lasted until 1926. The orchards, the best in Sanpete, and the Meadow View Creamery kept the small community going. Freedom is the gateway to beautiful Maple Canyon.

Wales, Utah
The small mining town of Wales was named for the country of the immigrants that were sent there by Brigham Young in 1859 to mine the “rock that burns.” An Indian named Tabiyuna, a prominent Ute, had showed Young a small sample. Young knew it was coal and asked if any of his group knew how to mine the coal. The immigrants were sent to the west side hills to set up mines.
The communities original name was Coal Bed, but was changed to Wales in 1869. There once was a railroad depot and it was an important and busy mining center. The mines and town were abandoned when more productive mines were discovered in Schofield. Many of the present residents are descendants of the original miners.
A four-wheel drive road up Wales Canyon leads to open meadows on the top and a dirt road down the other side to Chicken Creek Campground and into Levan.
Town Hall: 150 Noth State Street, HC13 Box 4274 Wales, Ut 84667     Phone: 435-436-9345    Town Website 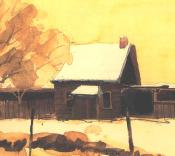 Chester, Utah
Soon after the homesteading fever hit Sanpete in 1870, polygamists and other farmers from Mt. Pleasant, Moroni and Spring City spread out onto the meadows along the bottomlands of Oak and Canal Creeks below Spring City. Despite their dispersion they formed a ward (1877) named Chester, shortened by the Post Office from the “Chesterfield” proposed by David Candland, who had immigrated from Chesterfield, England. We must forgive his lack of originality. He was only trying to improve the image of the hamlet from its original name: The Bottoms. A meetinghouse, a school, an Allred store, and a few houses soon sprang up close to the crossroads at the center of town.

Axtell, Utah
Settled about 1874 by John Bosshardt, who raised the first barley and alfalfa and Lars Fjeldsted, who ran a co-op heard of sheep, and Axel Finarsen, a Danish bachelor. The town spread out on an east-west axis along Willow Creek, which was the area’s name until the railroad and post offices arrival in 1891. The place has an expansive open flavor reminiscent of the Midwest, with irrigated grains and alfalfa sweeping eastward to the foothills of the Wasatch Plateau.
Farms and houses are dispersed, as are Axtell’s “central places,” notably the post office and the ward house. Thus it differs from the typical Latter-Day Saint village settlement plan. Axteller’s have a keen appreciation of their “peace and quiet” and a sense of “in between” stemming from their county border location. Notable sites include historic and contemporary salt mines in the foothills east and west. Willow Creek Reservoir, a haven for wildlife, is about 5.5 miles east of town behind the foothills, and a graded road continues to Skyline Drive near 10,984-foot Musinia Peak. 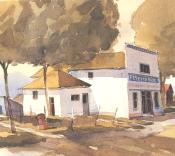 Fayette, Utah
Settled by five families from Springville who arrived by ox team April 8, 1861. After finding Hog Wallow (Gunnison) too crowded, they backtracked five miles to establish Warm Creek. Three families soon left, but the Joseph Bartholomew and James Mellor families stuck it out and descendants remain today.
One pioneer described the site as a lush meadow paradise abounding in wildlife. Chief Arapeen extracted two fat oxen for ceding the life-giving spring and some calves for the meadowlands. Willow-covered dugouts and wagon boxes first provided shelter, followed by log cabins and later houses of local stone and brick. Retreats were common and log buildings were moved inside the Gunnison fort during the Blackhawk War of the 1860’s. Apostle Orson Hyde urged the name change to Fayette for the New York town where the LDS Church was organized.
Town Hall: HC13 Box 300564, 100 E. Center, Fayette, Ut 84630     Phone: 435-528-3883